“Volkswagen is changing,” Dr. Herbert Diess, Chairman of the Volkswagen Passenger Cars, told the audience at a high-profile auto show in Geneva this week. “Volkswagen will become younger, more emotional, and more exciting, (and) the vehicles we are presenting here in Geneva are pointing the way.” 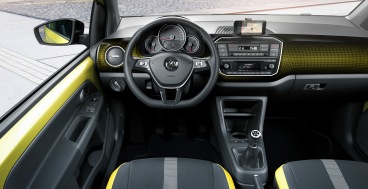 In addition, VW also introduced an all-new luxury sedan that will be launched in the Chinese market later this year. The new Phideon was developed in Germany, but will be manufactured in China with the assistance of VW’s local joint-venture partner, SAIC Volkswagen. Initially, it is to be sold only in China, which is the biggest car market.

Like many higher-end cars designed for the Chinese market, the Phideon is designed with chauffeurs in mind. Its luxurious rear compartment makes it an ideal chauffer-driven limousine.

VW’s reputation was badly dented last autumn, after the company admitted that diesel-powered cars it sold in the U.S. contain software that tricked emissions-testing equipment. The episode is expected to cost VW billions of dollars in fines and repair costs.

“We know Volkswagen needs to make good on some things,” said Diess, adding “we know that we need to win back the trust of our customers quickly.”

Even as it conducts the ongoing diesel-recall campaigns, Diess said, VW is repositioning the entire organization. The company is currently working on realigning VW to better meet the needs of the future, he said, by making use of digital technologies such as Electro mobility; and by taking broader steps such as modernizing its leadership culture for more open communication.

While Volkswagen repeatedly said it wants to move forward, a protester drew renewed attention to the issue when he intruded into the program, climbing onto the stage with a prop “cheat box” as VW’s marketing chief Juergen Stackmann was introducing the new electric up! car model.

Hoping to bring audience’s focus back to the future, the presentation continued with the introduction of the T-Cross Breeze concept car, which officials say points the way to a new and smaller SUV from Volkswagen.

As the first open-top SUV designed by VW, VW’s head of design Klaus Bischoff says the Breeze is a “teaser for the most compact sports utility vehicle that Volkswagen plans to make,” as well as being “the nucleus of a new SUV and convertible design.”

“We want to stir enthusiasm for ‘New Volkswagen’,” added Bischoff. “In this instance we are doing that with an unprecedented vehicle concept in this class; a completely redesigned cockpit and design that is equally crisp and expressive.” 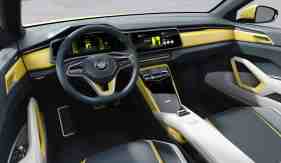 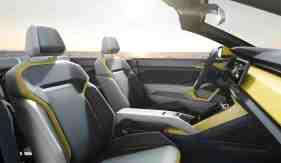 Volkswagen is expanding its SUVs. According to the companies press release, in the future, their bigger version SUVs Tiguan and Touareg will be joined by three more SUV models, and a new mid-size SUV is expected to appear in the American and Chinese market.

In fact, although the total car sales dropped 13 percent in February, two models: Tiguan and e-Golf have done exceptionally in the U.S. market, in which the Tiguan produced record sale of 3,245 vehicles, a 78.4 percent increase from a year ago. The e-Golf, was up by 52 percent increase, Volkswagen also sold 198 of its electric cars.

Although VW has been busy of late remodeling and rebranding their cars to appeal to the younger demographic, there’s one VW model that has always performed well among younger drivers: the VW Beetle. Even the beetle, historically favored by women car buyers, is getting a touch-up, however. 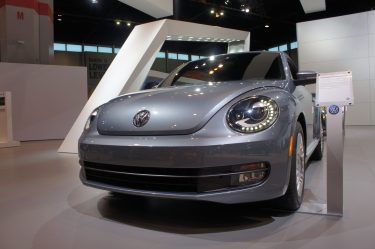 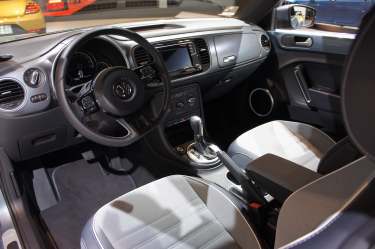 “The styling is bit more masculine, bit more aggressive than the previous car. With the original turbo it had a pretty sporty powertrain and chasse,” said Mark Gillies, Manager of Product & Technology, in an interview at the early-February Chicago Auto Show.

Gillies was describing the 2016 beetle dune, which will go on sale in Spring 2016. In 2012, Volkswagen completely redesigned the exterior of the beetle to attract more male consumers.

“I actually had some male friends, who’re a lot taller than me, a lot bigger…who actually drove this and say they actually liked them, and they were surprised,” said Kevin Kovac, Editor of Lester Cohn Media, Inc.

On the Geneva stage, Diess stayed on message: Volkswagen, he told the audience, “is changing” and 2016 will be a year of new beginnings. “If you familiar with our brand,” he said, “you’ll know there are many things that are our strong points, even as we stand here today.Volkswagen stands for exceptional cars, for the love of details, and quality.”